A Denver Public Library program is creating area to vaccinate the town’s homeless.

The sun is already beginning to scorch Denver when Carla Respects Nothing turns on the stove in the kitchen of her West Colfax home. She kneads balls of dough while minced meat simmer in a pan behind her. Then she flattens one out and carefully drops it into a saucepan of oil. The fried bread will begin to brown as oil gushes around it.

In a couple of hours, Respects Nothing has enough Indian tacos and side dishes to feed at least 50 people. Then their ride shows up and Taylor Charron loads the feast into the Denver Public Library’s book mobile.

This ritual is the beginning of the bi-monthly discussion groups of Respect Nothing, a traditional practice that she has adapted to her work with the library. As one of DPL’s peer navigators, her job is to ensure that library visitors affected by homelessness, residential instability and addiction have what they need to be successful. Discussion groups, which are something like group therapy sessions, are a perfect way to do this. They are places where people can come, express their pain and be heard.

“Sometimes people don’t get to just sit and listen to what they’re going through,” she told us. “It only helps with this healing.”

Respect Nothing grew up on the Lakota Nation’s Pine Ridge Reservation in South Dakota, and she is particularly focused on helping indigenous people who are on the outskirts of the city. That’s why she introduced the Talking Circle Framework into her work with the library. Because of this, she was also able to work with Denver Indian Health and Family Services to bring a mobile vaccine clinic to her events that she holds in local parks to protect people who live outdoors from COVID-19.

When Respects Nothing and the bookmobile arrived at Governor’s Park last week, representatives from Denver Indian Health were already pitching a tent. They brought a small styrofoam cooler that held a few dozen Johnson and Johnson shots for anyone who wanted one. 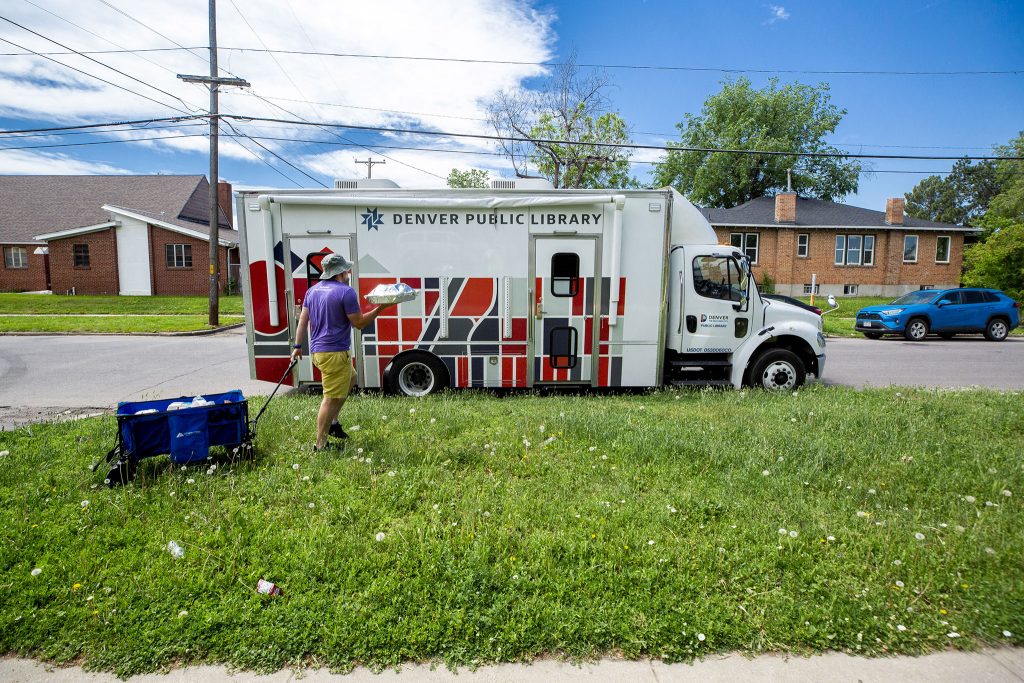 Respect Nothing was always driven to help indigenous people find their way, but she said COVID-19 lit a new fire within her.

To be a peer navigator means that Respects Nothing has lived experience with residential instability. When the library hired her about two years ago, she was living in a women’s refuge. She said the cost of living on the subway and the money she spent to become a certified addiction counselor marginalized her.

“It just got tough,” she recalls.

She spent a few months at the shelter, an experience she described as “crazy” but the position at DPL set her on a new path. The salary helped her find her place on the West Side, and she started working helping people connect with case managers, therapists, and housing resources.

Local people are more likely to become homeless than almost any other ethnic group in this country. Understanding where they are from, Respects Nothing said that she was able to have a significant positive impact on those who came to the library.

“A lot of them are from the reservations and want a better life, but they are so used to being on the reservation so they are not really ready to ask for help,” she said. “The natives on the street, someone has to have a voice for them.”

When Pine Ridge was closed to outsiders and the Navajo nation struggled to contain infection last year, Respects Nothing felt compelled to do more. So she started talking on the phone. As she moved her discussion groups outside, her missions developed. Instead of just offering lunch and a safe place to talk, they became centers for resources and vaccines.

“We have lost a lot of elders and we want people to be successful,” she told us. 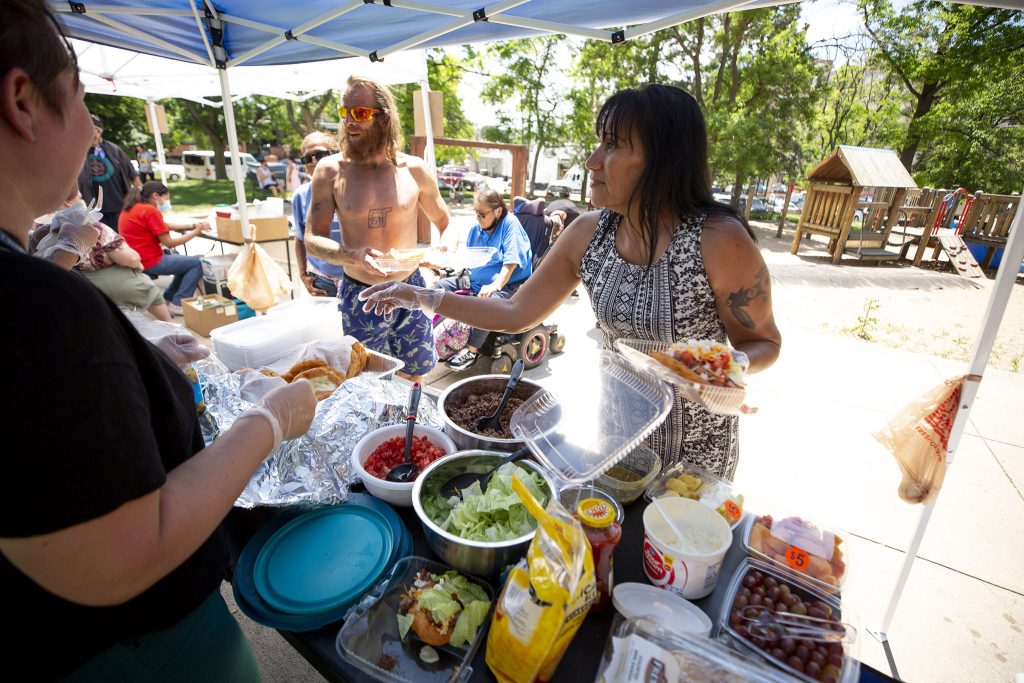 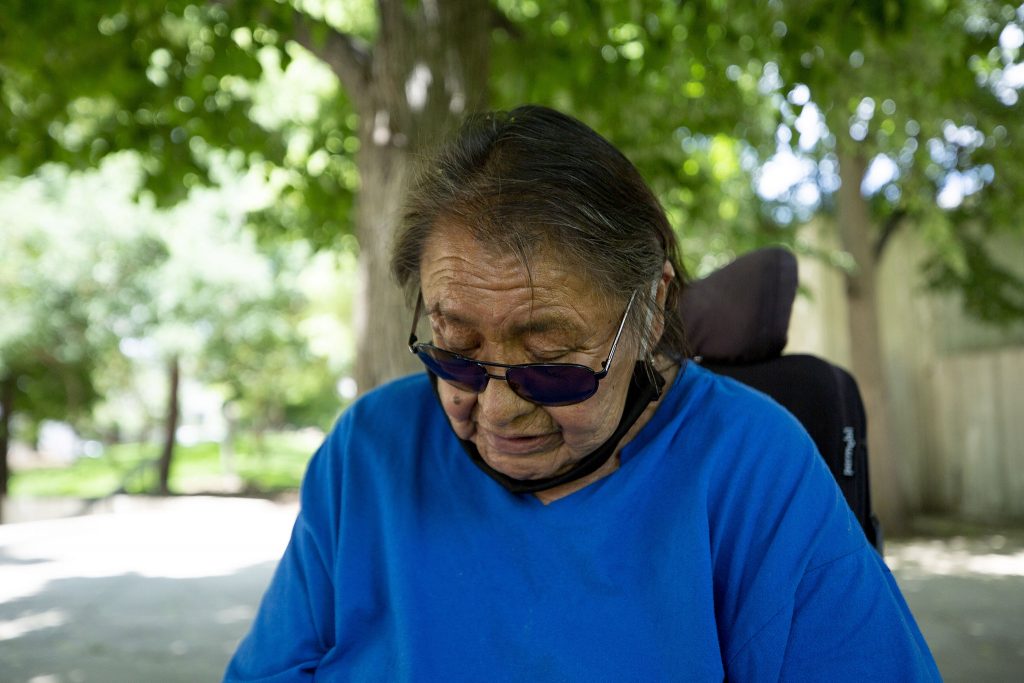 At last week’s circle, their library colleagues distributed water bottles and invited people to “step into my office” under a nearby tent to see what they could offer.

Phyllis Garnier, who is also from Pine Ridge, said she lost permanent shelter a few months before COVID arrived in Denver. She was grateful to be one of hundreds of high risk people who were offered motel rooms that were paid for by the city last year. She was vaccinated a few months ago, so she came to the discussion group for support instead. She lost two of her adult children during the pandemic and needed a place to let off steam.

“It’s really hard to lose your children. I wanted to go before them, ”she said. But this little opportunity to be in community made her feel better: “What a blessing.”

People living outside of it may have specific reasons for avoiding vaccination, although service providers do their best to overcome this reluctance.

Cathy Alderman, spokeswoman for the Colorado Coalition for the Homeless, said her organization worked hard to distribute shots among people without homes in the city. They have set up clinics in motels that Garnier lives in, in emergency shelters, and in places they know people in tents seek help.

So far, the coalition has vaccinated more than 2,000 people.

“We’re everywhere we can be,” she said. “We definitely want to make sure that anyone who wants it has the opportunity to get it. And, of course, we encounter a little resistance and hesitation. So when we see that we put in some of our clinicians who can really talk through the issues that people are worried about. “

This hesitation has been reported in other communities, from concerns that vaccines were approved too quickly to conspiracy theories.

But Elissa Hardy, senior social worker at the Denver Public Library, said people who live outside may also be uniquely skeptical of news from officials. She told us that a few days after her colleagues helped distribute COVID tests last year, the city swept a large warehouse in Lincoln Park between the State Capitol and Civic Center Park. The ongoing displacements during the pandemic have affected some people’s willingness to look for vaccines now that they are available.

“That’s right,” she said, “because you come in and test and then you will move us.” 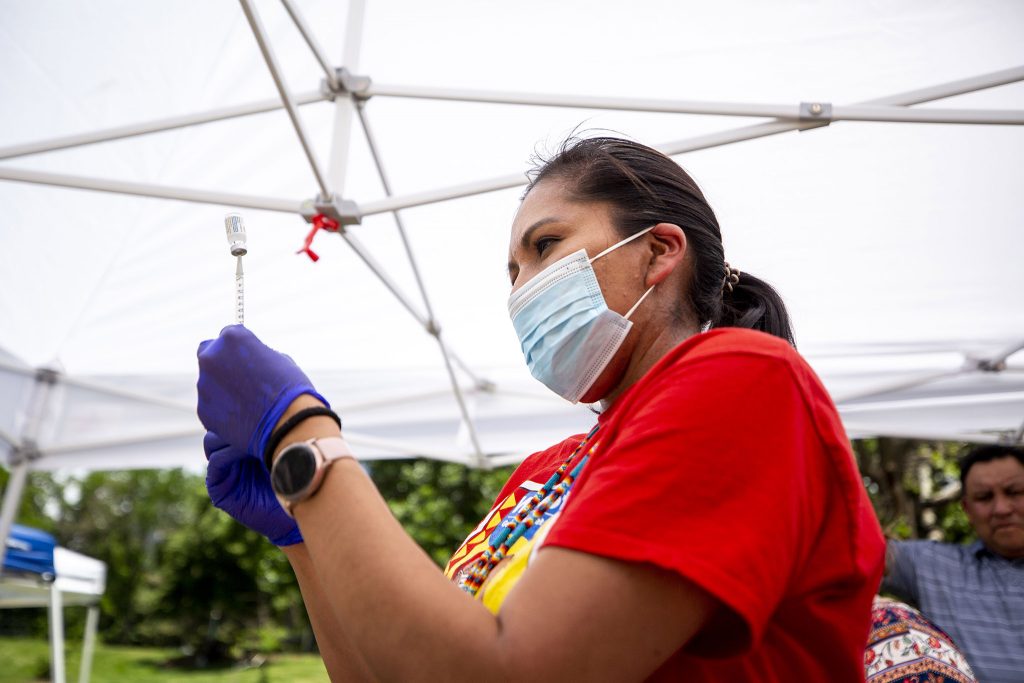 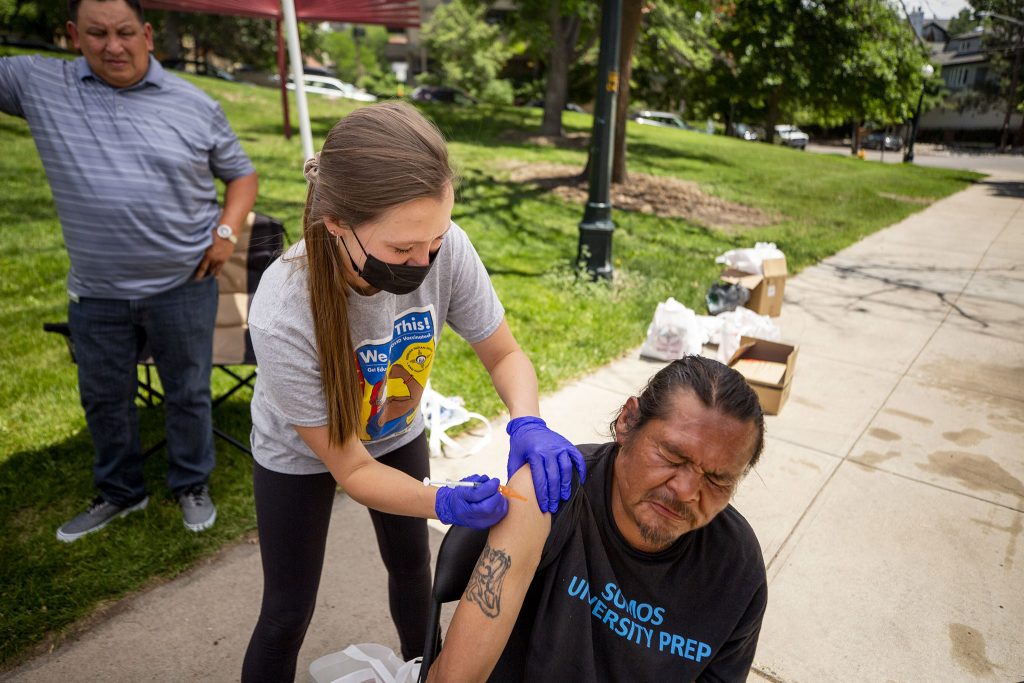 Sweeps have also disrupted the introduction of vaccines, Alderman said, making it difficult to administer strains that require two separate vaccinations. This is one of the reasons Denver Indian Health brought single-dose ampoules with Johnson and Johnson Shot. The purges pose similar problems for providers trying to connect people to housing and mental health care.

Alderman said the coalition relied on its long history of service to overcome some of these obstacles.

“We know there is a lot of tension between the city and the people who sleep outside. That’s one reason why we send road workers and street medics to these camps, ”she said. “We have a relationship of trust with these people because we regularly offer them services anyway.”

The library is also known as a focal point on the streets of Denver. Respect Nothing hopes that this fact will bring more people into their discussion groups, whether local or not, for whatever they need.