Today Deanne B. Criswell, an alum from the University of Colorado in Denver, was confirmed as the next Federal Emergency Management Agency (FEMA) administrator.

After graduating from CU Denver with a Masters in Public Administration in 2006, Criswell headed the Office of Emergency Management for the city of Aurora, Colorado’s third largest city, from 2005 to 2011. Criswell also served on the Colorado Air National Guard on multiple overseas assignments and served as a firefighter for 21 years.

“We’re so excited that President Biden has won Deanne Criswell as the first woman to head FEMA,” said Paul Teske, dean of the School of Public Affairs (SPA) at Denver University. “Deanne is the top ranked alum we’ve ever had in the service of the federal government. We are so proud of their accomplishments and we look forward to seeing their leadership in action as they accomplish SPA’s goal of our alums leading, solving, changing and improving our world. ” 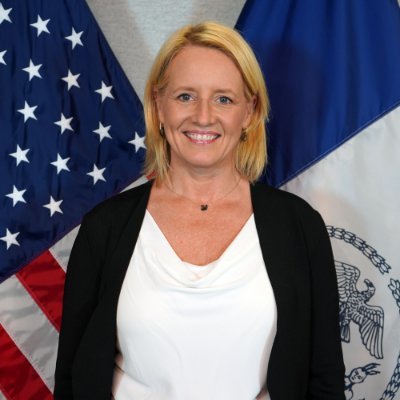 “Deanne is the highest ranked alum we’ve ever had in the federal government’s service,” said Paul Teske, dean of the School of Public Affairs.

Under the Obama administration, Criswell gained valuable emergency management experience by working with FEMA to create crisis management plans for various natural disasters. In 2019, she became a commissioner for the New York Emergency Department. During the COVID-19 pandemic, she coordinated the delivery of critical assistance, assistance, and guidance to New York City residents.

“Deanne Criswell brings honor to CU Denver and all of Colorado,” said Michelle Marks, Chancellor of CU Denver. “Deanne has had an impressive career in the Obama administration and headed the New York Emergency Department. I can’t wait to see her success as head of FEMA. ”