The Denver City Council Housing Committee on Wednesday approved the city’s new five-year strategic plan to combat homelessness and moved the plan to the full council for final vote.

The plan was presented by the Department of Housing Stability with the intent of reducing homelessness and increasing housing stability and affordability in Denver by 2026.

In 2021, there were around 5,530 homeless people in shelters in the Denver area, according to an annual census. Another 1,185 people are living in illegal camps across the city, according to estimates by the Department of Housing Stability.

To address this, the five-year plan includes 18 goals for the city to achieve by 2026, as well as some strategies and tactics to help achieve the goals:

At Wednesday’s meeting, councilors expressed concern that the plan might be too broad and far-reaching. Councilor Robin Kniech specifically asked how the plan would target residents in certain household income brackets. 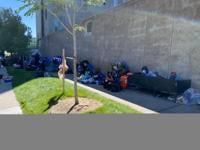 “I’m worried how we’re going to do this in such a long plan, it tries to do so many things,” Kniech said. “This is my fight. It’s not about a detail in the plan, it’s a bit about the” forest versus trees and how we do it in a transparent way. “

Councilors Jamie Torres and Paul Kashmann also called for the plan to include more details on the city’s future intentions regarding RV communities and the Social Impact Bond program.

Despite concerns, the committee unanimously submitted the plan to the full council for consideration in November. This five-year plan would replace the city’s existing three-year Strategic Shelter Plan and the Housing Inclusive Denver Plan, according to the Department of Housing Stability.

The Ministry of Housing Stability also intends to publish a 2022 Action Plan, which is currently under development. The 2022 plan will be released for public comment in November and for approval by the council in December.

Guess Who’s Coming to Denver? Expats from San Francisco and New York, for…