The Denver PrideFest is hosted by the Center in Colfax and takes place on Saturday from 11am to 7pm and on Sunday from 10am to 6pm. Visiting the festival is free, but tickets for food and drink must be purchased at the festival stands.

The Coors Light Denver Pride Parade begins Sunday at 9:30 am in Cheesman Park and runs down Colfax Avenue to Civic Center Park.

The parade organizers recommend using SpotHero. To reserve your parking space, visit the Denver PrideFest SpotHero Parking Page and book a space with rates up to 50% off the driveway.

Race organizers invite people to “run, run, roll, or zap” from the Colorado State Capitol Building to Cheesman Park and back.

Registration opens at 8:00 a.m. and the race starts at 9:30 a.m. A walk-up registration is possible on the day of the race.

The race begins at the Colorado State Capitol Building, heads east along 14th Avenue to Cheesman Park, then circles the park, travels west on 14th Avenue, and ends at the State Capitol:

The race costs $ 35 for adults, $ 30 for teens, and is free for children under 12. All funds raised by the Denver Pride5K go to the Center on Colfax’s programs and services for the LGBTQ community in Colorado: the youth center, health services, and social support groups.

The event takes place in historic Civic Center Park in the heart of downtown Denver at the intersection of Colfax and Broadway.

Three stages will provide entertainment throughout the weekend: the Center Stage, the US Bank Latin Stage and the Smirnoff Danceworld. 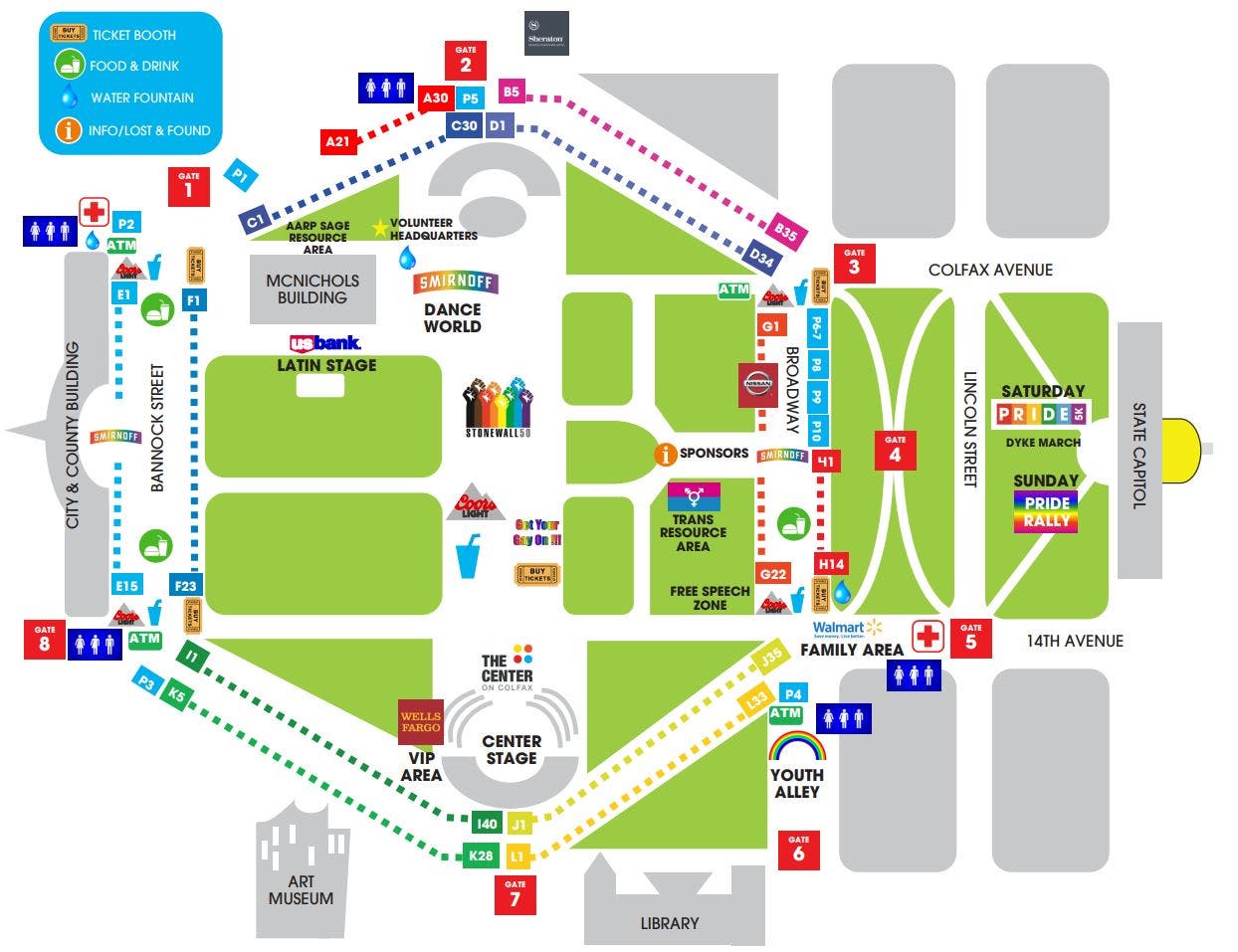 Just like with the parade, the organizers recommend using SpotHero. To reserve your parking space, visit the Denver PrideFest SpotHero Parking Page.

No bicycles or unicycles are allowed in the park. Bicycle parking spaces are available around the Civic Center Park at the following locations:

Sunset Colorado promotes mindfulness and sobriety by means of music