“In trying to find solutions to the housing crisis, the only approach seems to have been anything but housing,” said Benjamin Dunning of Denver Homeless Out Loud (DHOL). The advocacy group recently released its report, “Swept to Nowhere: Experiences and Recommendations from Uninhabited People During the COVID-19 Pandemic,” which found that over 70% of homeless people are returning to a place where they have been evicted or “swept away.” “- an expense that cost the city over $ 400,000 last year.

Dunning said the housing crisis in Denver and the country dates back to the 1980s when the budget for low-income housing was cut by nearly 90%, mainly to fund more military efforts. It left America’s expanding cities and vulnerable poor congested while turning housing into the hands of for-profit, wealthy real estate developers. He argued that any change to the city’s zoning order since then has been tailored to support expensive, high-end developments. “The tents are just the tip of the iceberg,” said Dunning. “They [city government] are cruel and stingy towards the homeless and refuse to meet the needs of the city. ”

When the average home costs more than half a million dollars in the market, it’s only natural for a housing crisis to occur. In its 2020 State of Homelessness Report, the Metro Denver Homeless Initiative found that over 30,000 people in the metropolitan area have become homeless due to a lack of affordable housing.

“Poor people are largely viewed as naturally lazy and drug addicts who deserve what happens to them,” Dunning said. He argued that the city can silently “sweep” people off the streets as if they were disposable items. “We are so quick to bury the story in the news we cover.”

Safe and Sound Denver, a neighborhood advocacy group, plans to launch a repeal of the city’s Group Living Amendment, which went into effect last February, as an electoral initiative this November. The group expressed concern about failure to address the change to local residents and an impending “failed policy,” citing cities like Portland, Seattle and San Francisco that have put in place similar measures.

The amendment, which officially legalized and increased the number of unrelated adults allowed to live in a house to up to five, made an existing and widespread housing dynamic legal. It also offers an affordable and equitable option for housing construction, according to the City of Denver. 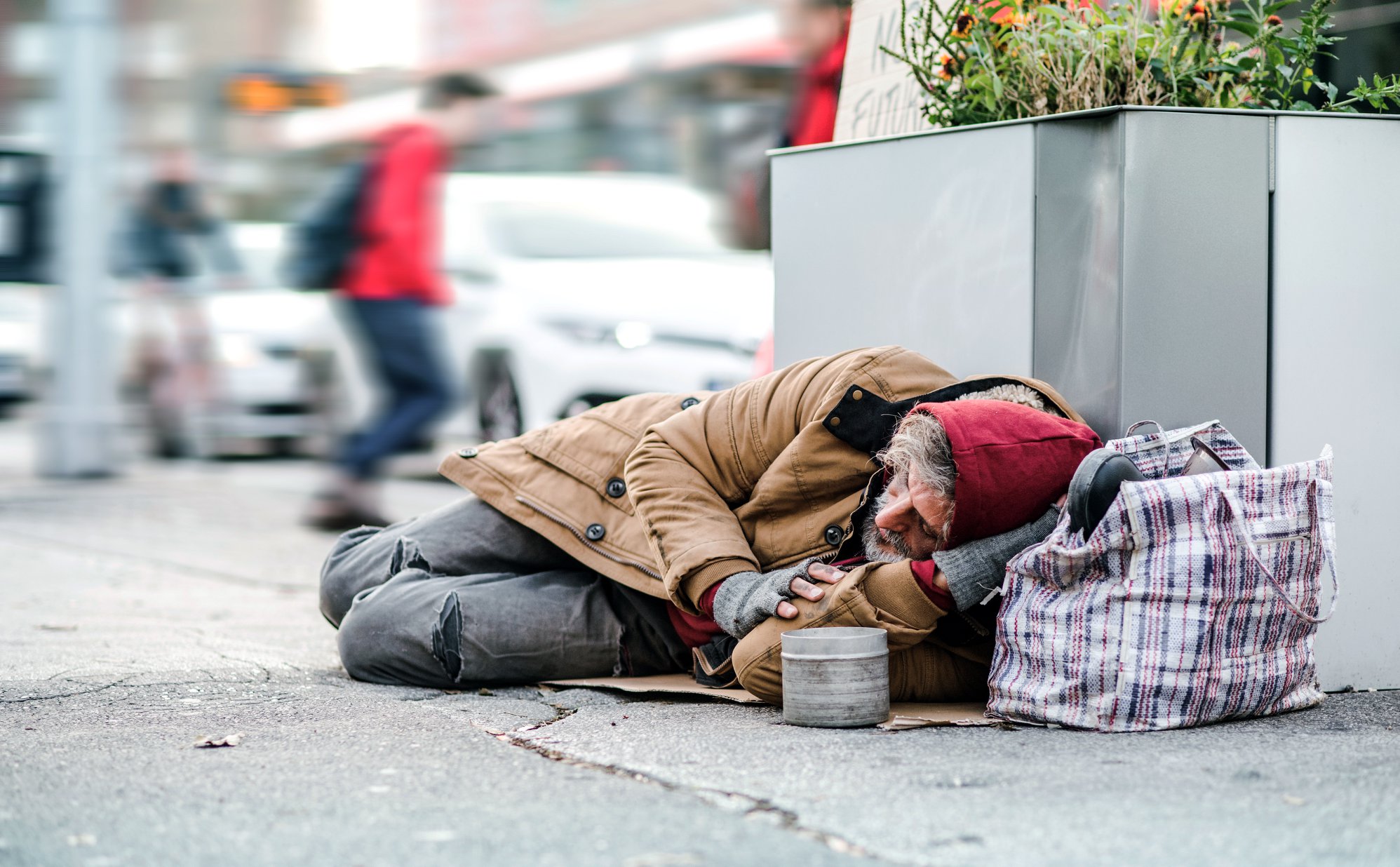 Photo courtesy of the Colorado Coalition for the Homeless on Facebook.

Safe and Sound has drawn attention to the overwhelming number of homeless people struggling with some form of mental illness or addiction. Some argue that these issues were taken out of context to encourage negative stereotypes about poor people as inherently problematic.

“They don’t want their neighborhood property values ​​to go down,” argued Ean Tafoya, chief organizer of Headwaters Protectors, an advocacy group that provides compassionate water and waste services. “There are ‘everyday’ people in your neighborhood who do drugs and similar things that the homeless do,” explained Tafoya, “but because they are homeless, they are more criticized and fixated on it.”

Dunning said the city’s efforts – aside from accepting trash collected by volunteers and community organizers – continue to revolve around the only viable option that is available housing.

Remember when Denver replaced police officers with medical professionals last year to respond to calls for a crisis?

The city launched the Support Team Assisted Response (STAR) pilot program in June 2020 when social justice and police reform were at the forefront of every headline. This six-month program was successful, but Mayor Michael Hancock chose to introduce it as a downgrade version of himself. The Denver Street Enforcement Team, announced last month, will replace police officers with unarmed civilians in a homelessness crisis.

“We are investing in this approach and adding US $ 1 million to continue building the STAR program so that people in crisis are treated with behavioral health professionals instead of uniformed officers. A new civil street enforcement team will address lower-level violations and we are working on a new Assessment Intake Diversion Center. This AID center will create an additional alternative response to the criminal justice system. For calls that may require a uniformed officer, we can better dissuade people with mental health problems or substance abuse from imprisonment and connect them to more appropriate services instead.“Said Mayor Michael Hancock during his State of the City address on July 26th.

To qualify for a position on the Street Enforcement Team, according to a recent job posting, applicants must have “one year of regulatory, enforcement, security, public relations, customer service or similar experience.” The salary range for a position as a team member is $ 18.94 to $ 28.41.

“You get that from a mall cop,” Dunning said. “These will be people who are not informed about trauma and the community and only further criminalize people.” The team cannot make arrests, but can issue subpoenas and enforce rules on behalf of the city.

“Our main concern is that this will continue to criminalize homelessness,” explained Tafoya. “We believe that the judicial system is already reaching its limits and we don’t believe that it can solve an economic problem. We are concerned about the safety of people who are given quotes by people who pretend to be their friends. ” 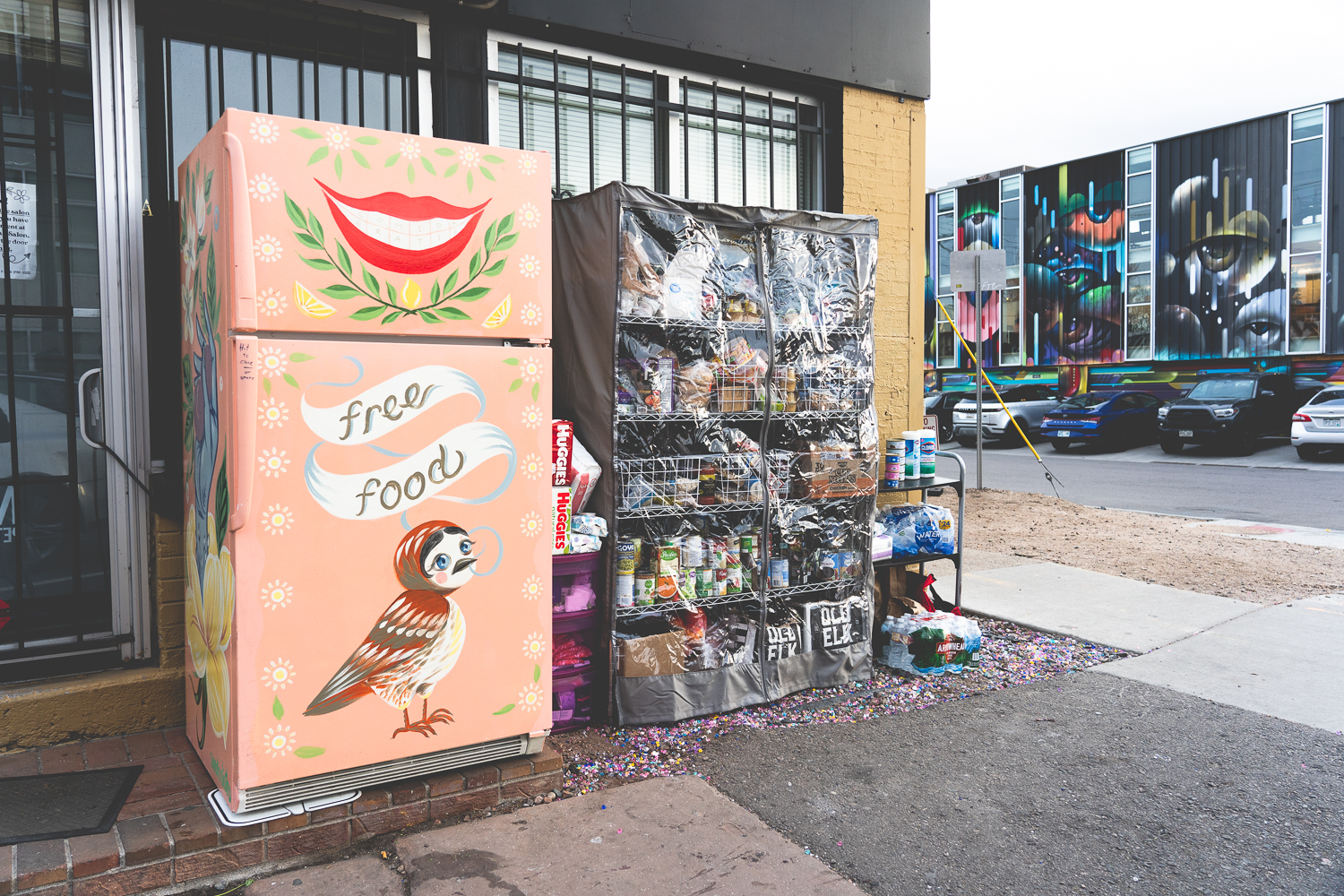 However, neither Tafoya nor Dunning see the city’s new program as a step in the right direction.

Dunning, who has campaigned for homelessness in Denver for years, points to non-governmental, citizen-led efforts that are taking the issue into their own hands. For one, since the pandemic, mutual aid groups like Headwaters Protectors, Feed the Streets, Cats not Cops, and community refrigerators that popped up in town last fall have expanded.

Dunning says a project like this is overdue but hopes it just proves what he knew all along. “This gives the people the money they need with no questions asked. When they have done this with other studies, we’ve seen people use the money to literally just take care of themselves, ”Dunning said.

It’s a start, said Dunning, who hopes citizen-led initiatives like this one can raise public awareness while transforming dialogue about homelessness and poverty. “People are people, they have things that happen in their everyday lives. You don’t deserve to be constantly scared or punished for it. “